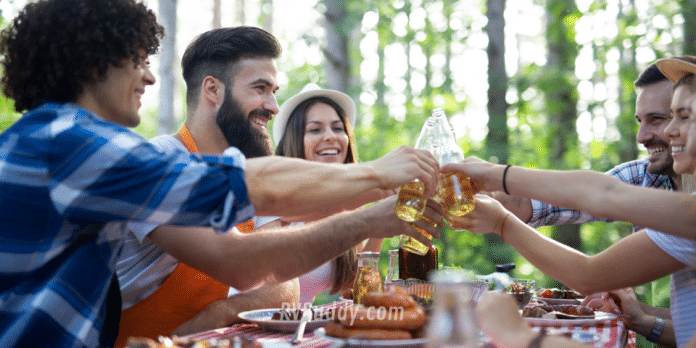 We were disappointed in our stay at this Jellystone Park in June 2008 after a wonderful experience at another Jellystone Park in Wisconsin. First of all, we rented a camping cabin which was advertised as having a full bed and a sleeping loft and the number of people it stated it would accommodate was within our family’s size. It seemed to be the economical choice though still pricey, because we could not afford the outrageous prices charged for bigger cabins.

When we got to the cabin, the first thing we saw was a sign on the wall stating that sleeping in the loft was not permitted. Hmmm, well, why was it advertised as if you could then and why were we not told about this when we booked it and where were our children going to sleep? There was no room for all of us in the bed and no room on the floor. We couldn’t afford to upgrade or to sacrifice our deposit/rental fee and leave to find other accommodations and besides, we came here to camp and stay at the campsite for the full time there. So we broke the rules which I don’t like to do and try to teach our kids not to do but we had little choice really.

Then there was the black locust trees with huge thorns growing near the cabin. Some of these thorns were 3 inches or longer. There were small thorny branches laying around the site and even more after a windstorm came through and blew more down. Very dangerous, especially considering that black locust thorns have an oil on them that if you get scratched or step on one (which could easily go through your foot) they frequently cause serious infections. These thorns could also have punctured vehicle tires.

The upstairs window of the loft area was broken on the outside… they had done a half fix by covering it with plexiglass on the inside but left the broken outside window in place. We mentioned it to the office so we would not be charged for it. The ceiling fan in the room wobbled and was very loud, made us afraid to have it on so we turned it off the whole stay. The AC was very cold and if you turned it down then it got too hot. There was a bulb out in the light fixture that was never replaced though we reported it.

During the windstorm the whole cabin swayed and shook and we were afraid it might blow over but it was no safer outside. Its foundation was a few wood planks that were showing obvious insect, mold, and just plain weather exposure damage.

The activities for children were nowhere near as nice or numerous as at the other YB park we stayed at in Wisconsin. There was no “energy” or enthusiasm by the staff like at the other park…it just seemed “dead”. Our children were the only ones that showed up for them and they were not announced over loudspeakers like at the other camp so I don’t think everyone knew about them or forgot the time and missed them. A couple times, the instructor decided not to do the advertised activity because she found it too hard for kids (shouldn’t they have tried them beforehand to see if they were kid friendly?) so they ended up just coloring pictures. There were no pool games or water games like at the other park. The kids for the most part had to find their own entertainment. The kids were playing on a trolley car sitting in the field that was not roped off and no signs posted and were told they couldn’t play on it though that was what it looked like it was for. The playground was pretty old and outdated and didn’t hold the kids’ interest long.

There was no nightly showing of yogi bear cartoons like at the other park and from what I’ve heard, other YB parks. When asked about this, the staff member said “Oh, we have the cartoons on VHS tape, maybe we should look into doing that.” At the other park, they had a very nice outdoor theatre set up for this.

After the storm that came through, trash was strewn about the park and a full trash can was blown over and blew trash all around our site and surrounding area which was not cleaned up until late the next day.

The food counter at the store was frequently out of things and some of the frozen treats looked freezer burned and old.

Overall, the camp just didn’t feel like it had any life to it and there was little to no enthusiasm of staff to keep kids busy and interested and excited. We could have camped at a regular campground and had pretty much the same experience. We also had to call them two weeks after our stay to remind them to refund our security deposit which they did but it took another week or so.

Yogi Bear only showed up in the morning for flag raising and the hayride, didn’t see him the rest of the day. At the other park, he walked the park periodically greeting children and also kids could write a letter to him and leave it in a special mailbox and “yogi” would answer their letter personally and it would be delivered to the cabin or campsite or RV. Nothing like that here.

There are far better Jellystone campsites. It wasn’t a horrible place to stay…bathrooms were clean and some were even roomy, showers were hot and everything worked. The cabin itself was clean and bed comfortable, but not worth the price for the stay overall.