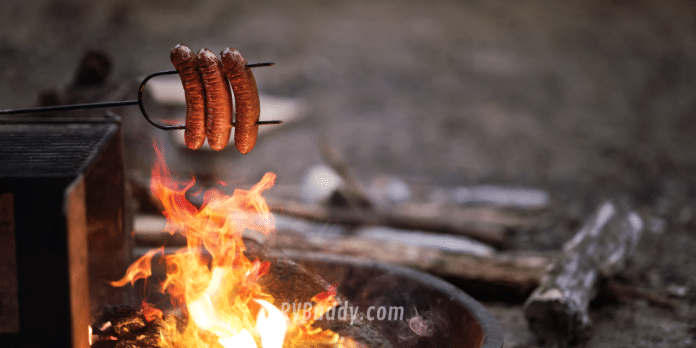 Neskowin Creek RV Resort is located in a beautiful valley with hills and trees surrounding it.

Although it was not promised in the literature, we were led to believe that we would have beach access during our stay. Upon arrival, we learned that a dispute between the park’s access rights and a housing project’s rights are currently under litigation. Sadly, the path to the beach was blocked. Should one wish to make the trips, beach access is available from 5 to 30 minutes away by car or truck.

As frequent travelers and campers, we are used to the warm welcomes, friendly smiles and helpful attitudes of camp staff. You will get the assistance you need at Neskowin Creek but, unfortunately, it is offered grudgingly.

Examples include when I asked if you needed a separate password for each device to connect to the internet and was told rather rudely, “well we aren’t going to give it to you free”. Another occurred during a group dinner while inquiring about where the iced tea might be and being told “right in front of you”. The container was on the counter with other containers with spigot turned inward toward the cooks. It was so unusual; the staff served people without a single smile or comment. When I returned to the serving counter after dinner and thanked the servers, not a single one of the four people working acknowledged my words. The experience was awkward at best.

WiFi is supposedly available but the repeater that serviced our area of the camp was down (or so they claimed). We were in the camp for 7 days and nothing was done to fix it. The clubhouse was the only place we could access WiFi. Further, I saw only one power strip in the large common area.

The grounds appeared shabby and unkempt with weeds and grass growing up in the gravel pads. The pads were narrow and not level. The gym was dirty and the equipment dusty and poorly maintained.

Another disappointment was the lack of even the most minimal camp store. If you forgot toothpaste or needed toilet paper, you had to drive north a short distance to a group of condos where a small store existed. If you needed a can of tomatoes for a chili recipe, well, you were just flat out of luck and would have to drive to Lincoln City or Pacific City.

There were many good things about the campground, the first being that it was family friendly. Kids can safely ride their bikes, each site has a fire pit, there is tent space nearby and there are lots of things for kids to do including a pool, shuffleboard, tennis courts, horseshoes and a nice playground. There is even space to run and fly a kite. The clubhouse had lots of games, books, a large puzzle always going and a TV area.

Another good thing was the location. There were two golf courses nearby, good restaurants in both Lincoln City and Pacific Beach and several National Wildlife Refuge areas with many photographic opportunities and lots of hiking trails. Additionally, adults can bicycle just a short distance from the park entrance to old hi way 101 which has very little traffic and is a scenic route.

The overall experience was disappointing but we will stay there again due to the plethora of things to do in the area and the fact that Neskowin Creek is a private campground and is part of the package we already own.