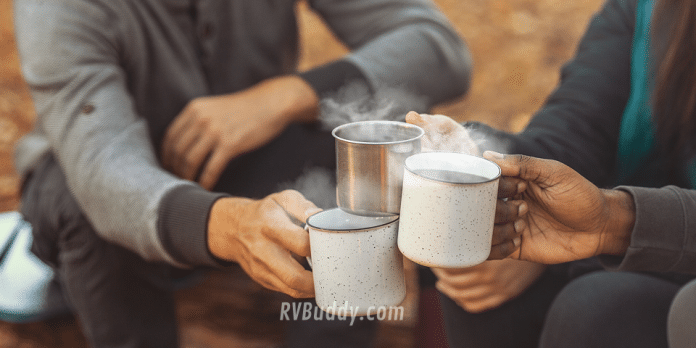 There were no grates provided for the fire rings. You could buy them at the campground store but they should have been provided or rentable. You could also buy wood at the store but they were sold in batches of 5 pieces for about as much as it would cost you to buy a bag full at the local Ingles but the Ingles bag would have about 4 or 5 times as much wood in it.

Our sites were directly across from the bathrooms (which was nice) but you would have to climb a steep hill to get to them. There were stairs but each step was at least a foot high so they weren’t easy to climb. There were only 2 lamps along the stairs that would light but they were solar powered so, not only were they barely lit but didn’t light for very long at all. As for the bathrooms themselves, you could tell the floors were rarely, if ever, swept/washed and neither hand soap nor paper towels for hand wiping were provided.

We complained to management about there being no grates, hand soap, paper towels and working lighting for the steps and were told that they were not a state park so they did not have to provide any of that and that if we didn’t like it, we could simply move on to another campground.

I do not recommend this campground to anyone because I feel that the management cares more about providing for themselves than providing the customer service that all customers desire and most definitely deserve.