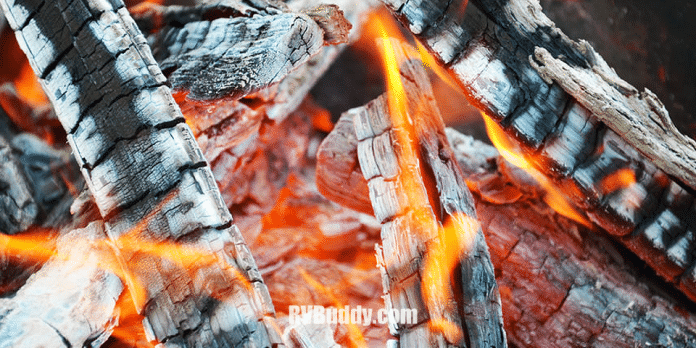 My family was a guest at Cold Springs Campground, lot E62, from Thursday July7th through Monday July 11th.  This was our first experience camping at Cold Springs and I brought my 7 year old granddaughter along.

We had reserved this site by phone in mid-June.  I wasn’t offered any other site, nor told that the site was adjacent to 4 horse shoe pits & a shuffle board court.  Nor was I told that there was a horse shoe tournament every weekend.

When we set up camp Thursday afternoon, it was fairly quiet…so I wasn’t concerned.  However, by about  4 P.M.  the horse shoe pits were fully occupied…and continued to be so until 10:15 P.M. when the lights went off.   Many of the guys on the courts were drinking, hollering back and forth, using foul language…you get the picture.  I went  to the office explained what was going on…and asked what time the activities ended.  I was told that “no one had ever complained,” and that it would be over at 9 P.M.

Friday morning, the activities started at around 11 A. M. and continued until 10:15 P. M.  The guys were hollering back and forth…dropping the “F bomb”….drinking, etc.  Saturday the activities were in full swing at 10:00 A. M., and didn’t wrap up until 10:45 P.M….that’s right…they continued even after the lights went out.

The lights were so bright at our campsite, that I was able to sit outside and read a novel.  The noise level was so high at times, that we couldn’t hear each other conversing around the campfire.  People, children and adults alike were continuously cutting through our campsite…on foot as well as on bicycles.

This was singularly the worst camping experience that I have ever had.  When we checked out Monday morning, I asked to speak to a manager and was told that he was not available.  I left my phone number and asked for a courtesy phone call…I was told that he “rarely returns phone calls”.  I insisted that my number & request be given to him.

A few hours later, Todd called me.  I explained what had gone on over the weekend, and he said that there was nothing that could be done about it…because I had already left the campground.  When I told him that I had gone to the office on Thursday…he said that “no one had ever complained before,” and there was nothing that he could do, as I had already left the campground.  I asked him what else I should have done while I was still in the campground…and was told that I should have gotten a security guard to come and monitor the activity on the site.  Wouldn’t that have been a nice relaxing camping experience????  He would have needed to stand on our site for 12+ hours/day.

Ultimately, Todd told me that “next time I should request a different site”.   A solid 4/5ths of our experience was unacceptable.    In order to minimize the garbage that my granddaughter was exposed to, we stayed away from the site except when we needed to eat or sleep.  When I raised the issues to employees, I was told “no one had ever complained before.”  Why would I ever return?

Cold Springs bills itself as the “most fun campground in NH”.  Not my idea of fun.

E62 should not even be a campsite…it should be used as a buffer around a high activity area.