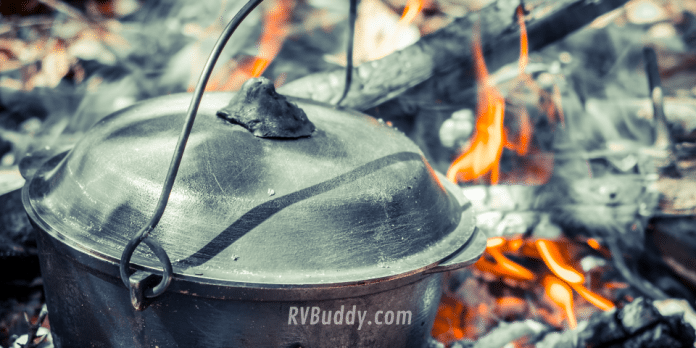 Where do I begin? I had the misfortune of choosing Sea Perch RV Resort to stay in during my vacation. I spent 80.00 per night so I could listen to the camp host in spot number 27 run his loud, obnoxious table saw all day long cutting rocks to sell in his online business.

This particular person is a non working camp host that the managers allow to stay there for free while he runs a stand that he’s set up IN HIS SITE so people can shop his jewelry. I’ve never seen anything so tacky in an “upscale” resort. Not only does he use this Resort to run his business, I’ve seen him smoking his e-cigarettes in the clubhouse, which is CLEARLY marked No Smoking, including vaping. The entire room will stink for hours after he leaves. The rules state that there is no smoking in the clubhouse, period, but the managers allow only him to bend the rules.

Furthermore his dog is never restrained. They allow it to stroll throughout the park with the leash dragging behind it. On more than one occasion I had to ask him to please restrain his dog. When I voiced my concerns to the management, I was told they’d take care of it, but they never did.

Another thing I witnessed was this same man performed a break job in his site, which is also outlined in the rules as a huge no no. Not only did he perform a break job, I saw him spill break fluid in the site.

They keep their site a filthy mess. I was told I had to remove my windsock from my side mirror because they don’t allow ornaments. Apparently this isn’t true of every one.

In my opinion, the managers are downright rude and their kids are loud and obnoxious. As I was checking in their kids were running in and out of the lobby, slamming doors, yelling and one of them wouldn’t stop banging on a ukulele. I stood in the lobby for 10 minutes listening to the chaos coming from the managers apartment. The managers keep their area a total mess. I saw toys and broken lawn equipment scattered around.

I took pictures of everything. Including the tacky jewelry stand that’s set up. I’m assuming the owner(s) will be very interested in seeing how the camp host uses the resort to run his own business, and that he lives there completely free. I will be forwarding my concerns to them. Avoid this place, it’s run very very poorly.