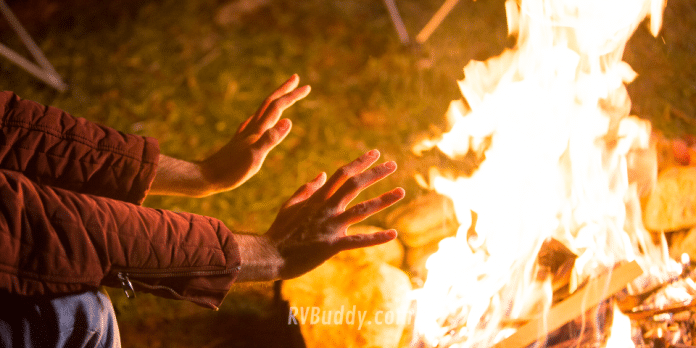 We were very excited to camp at Denton Ferry. We reviewed the website and deliberated over which site we would like. We made our reservation in early March for a mid-June trip.

It was a 6 hour drive from our home in Oklahoma. We had received updated emails from the campsite about our stay – which we read top to bottom. It even had good reviews on some of the websites for cleanliness of the campgrounds and the restrooms.

Imagine our dismay on the day we arrive that the site we chose had a camper there. True, Denton Ferry reserves the right to put you in another spot, but then what is the point of making a reservation? We were sent an email about the switch which was sent the morning of our arrival after we had been on the road for 45 minutes. An attendant did come to chat with us and assured us that things would work out. I never saw that person again.

The customer service was poorly lacking. They were aware of the need to switch us a day before, but rather than call us to explain, they sent an email. When we arrived no one was in the office and a sign had a number to call – which I received a voicemail. After our stay I received a text asking me to rate them – I gave them a 1 on a scale of 1 to 5. Shortly after the owner called me. Not to say how sorry he was but to bully and berate me and tell me that I must be a sad and sorry person to rate them a 1 just because they moved my campsite. I told him that just as they reserve the right to move their customers around he must realize that his customers also have the right to give them a rating that they are not going to like. I asked why he called me – usually when a customer complains management trys to correct the issue. Instead I was berated for my opinion, told that he talked with other people I was camping with and they did not say anything. (Which my companions told me they did not because they did not want to argue – which given the reaction to the text is exactly what would have happened.)

I would only recommend this place if you are wanting to have your RV in rows like sardines. The sewer ports are very close to the road so you will have to park your RV very close to the road; they are also very tall which can cause issues with drainage. Many campers had 2×4 lumber or split PVC pipe to get a high enough angle for drainage. There are a few campfire sites that are supposed to be community firepits but get bogarted by large families. There is one deck area with one picnic table which overlooks the river – but again, it will be taken by the camper closest to it. There is a small staircase to take you to the river but it is at the bottom of a steep grade. Unless you are at one of the riverside campsites there is no view of the river.

One other plus was that the other campers were very friendly and were long-timers having camped there for many months to a year. So if you go, I hope you love it because if you don’t you might get bullied for your opinion.

We will never stay there again.