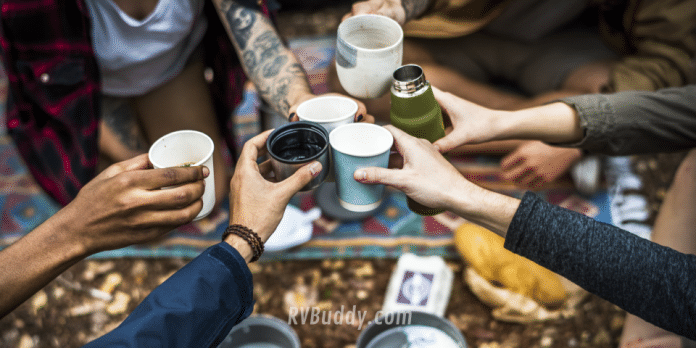 The new Indian River Inlet Bridge currently under construction will be incredible. It will likely bring in thousands of new tourists for the beach communities and unfortunately, for this, once little-known campground. Unfortunately, as of late Delaware Seashore State Park has become much more well known and has become WAY more crowded due to the loss of the extensive dry-camping areas that were very well used by people looking to fish 18 hours a day :). The best sites (I hate to give away our secret but the wife and I haven’t been going as often due to the construction) are the farthest away ones, with 304 being the absolute best site on the campground (it has a pretty little shade tree, is oversized, and faces a corner so you can watch all the birds, including some variation of a sea eagle or something majestic). The sites that run along the far west side, facing the superxpensive condos a half mile west are all good, too. When it’s busy–and, wow, it’s busy there now all the time, but unbearable when the kids are out of school. The bathrooms are a humid, smelly nightmare, just because so many campers use them and there are only two bathhouses for a hundred and say afifty campstes, many of them non-self-contained units reliant on the bathhouses. (I’m almost certain of this–they have closed at least one in the dry camping area adjacent to the New Camp, as it’s called, and maybe closed two there.)

Anyway, the nearby beach is a half mile walk (hot in the summer), and if you’re up to it, walk across the bridge and hang out in the early morning with the surf fishers on the north side, where there’s about five miles of beautiful beach where you can walk a dog or two and really enjoy a pristine beachfront. Say hey to the employees and the resident managers. They are always very fine and helpful people.