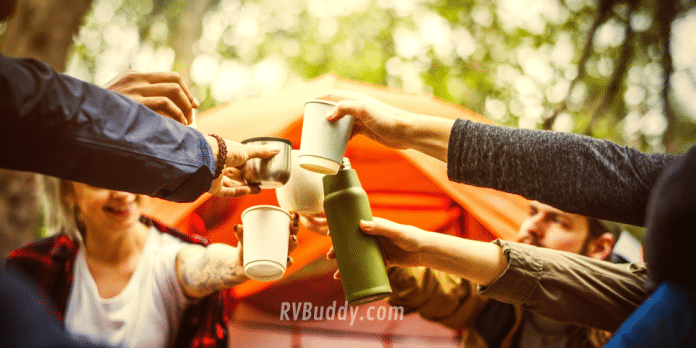 What a view of a nearby mountain! Tucumcari KOA is right off of I-40, and a very convenient place with nice amenities at a good price. Small rabbits are everywhere in the campground, making our dogs antsy and excited. Two criticisms… the bathroom was steamy and hot in the morning. No air conditioning makes this so uncomfortable that I needed a shower after washing my hands, which brings me to number two. The black water dump connection at our site (9 or 10) was filled to about eight inches below the rim when we got there so we said something about it. The next morning… nothing had been done (and I had done a little perk test and watched as the water level receded but slowly…). When I dumped, what happened was somewhat expected (and that was why I did it slowly so as not to make a disgusting mess). The wife (who is loathe to complain) mentioned it again after we went to the dump station, and was told that customers “flushed all kinds of things,” meaning the problem was on account of people like us, I guess. A small thing, but it added a little retch or two to my morning, and was not needed.

A good run can be had by heading out, taking a right, and running to the next exit or so. Very flat terrain there and isolated, except for the traffic (which cannot be heard from the campground). We’ll visit here again, but get another site.