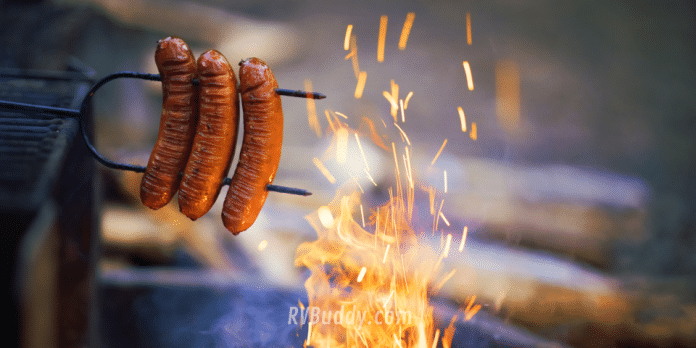 Located at MM 20, The Sugarloaf Key KOA has a lot to offer, with a few caveats. It’s filled up since we got here about nine days before XMas when it was wide-open, which was nice given the exceedingly narrow site we rented (at 110 a night, plus 6 bucks a day extra for wireless access) right on the beach. But being on the beach has been great, with some really nice neighbors.

A nice clean beach, volleyball set-up, lots of lounges available, plus our site backs literally right up to the beach. The staff puts everyone in at a different angle, so you open your door looking right at the door of your neighbor… don’t know why. The utilities are easily accesible, though, so if you don’t mind close or think the beach access is worth it, take advantage and spend the extra thirty bucks and go beachside. There’s the usual good pool and hot tub, plus the KOA nightclub/lounge (oxymoron) where the nerdy types and workers frequent. They have a nice store… pricey, but waddya gonna do? They have a nice, friendly staff.

Getting to Key West (begins about 14 miles away but is really at MM 1) can be done in two ways. Take the KOA shuttle for 15 bucks roundtrip, per person, from noonish to 8pmish or go out to Rte 1 and jump on one of the busses (currently waiving the two buck fee) that takes you down to a Publix at around MM5 and get on a connector… a simple operation. Driving is a pain and parking is tight and limited. Getting a rental car is virtually impossible, so tow yours or use the public transportation.

There’s a road right out and to the left from the front gate that ends in a half mile, then proceeds as a semi-wide deserted abandoned road for about a mile and a half to an abandoned bridge that makes a super run or a nice bike ride. They also have excellent tent camping sites. Last night there was a subdued drumming thing going on around a campfire. Nice to see other eclectic campers. Speaking of diversity, this is a gay and * friendly campground.

There were lots of families here and no issues. While there are plenty of kids here, from as far north as Quebec and west as Montana, there is an equal number of boozing-couples that just hang out by the water with the ubiqitous red plastic cups. It’s a good mix and a nice crowd. Might overwhelm the red state people, though.

Key West is seriously not as exciting as it presents itself. Maybe on Fantasy Fest or something, but when we went, it was your typical urbany destination tourist trap with hundreds of tee-shirt stores, expensive restaurants (we went to a nice Sushi/Thai place off Duval that we would recommend), plus a few dozen semi-risque stores selling predictably middle class risque clothes and stuff… like a outdoors mall where nipple slips are somewhat common. Mostly a big old yawn, but fun for a few hours. We would also recommend visiting keysail.com if you want to charter. Nice folks and a super-fun afternoon and nightime sail, very safe and fun and affordable!

We would definitely recommend this KOA, since they are once again rumoring that the Fiesta Key KOA is going to condos in March (something like what they said last year, which was inaccurate then, too).

ABOUT US
RVBuddy gives visitors the opportunity to post their campground and RV park experiences, good or bad, for other campers. With hundreds of quality reviews covering campground and RV parks throughout the United States, you’re sure to find what you need to know before you go.
FOLLOW US
© 2020 | Starsystems/USAStar Internet Services | All Rights Reserved.